Volcanoes in the Media – Pt 2: A Change in Perspective 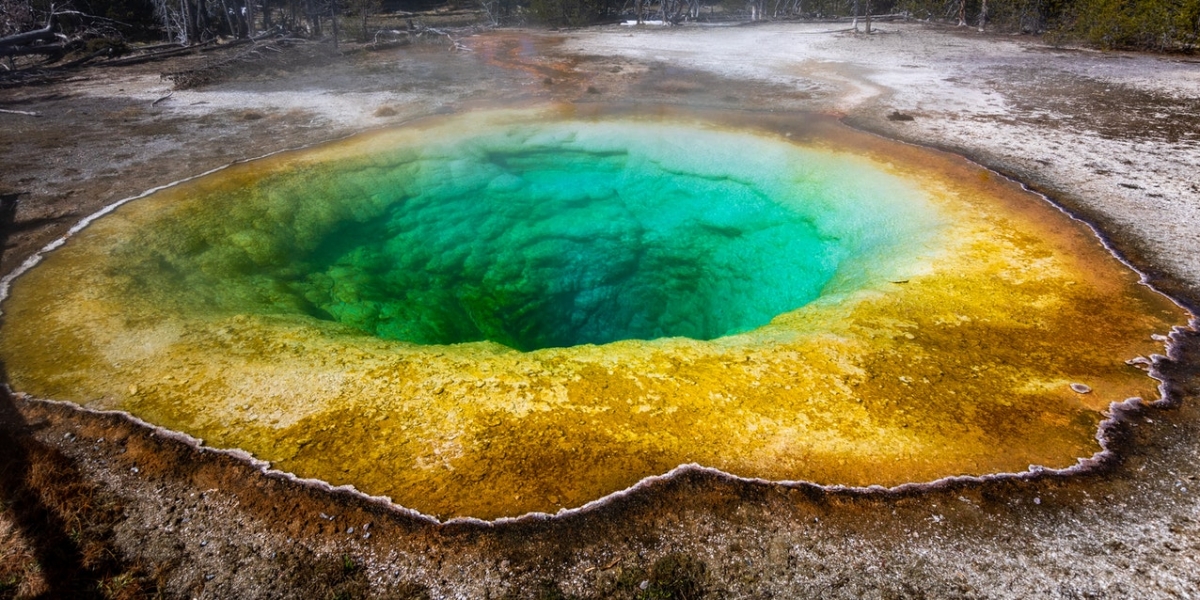 In the second part of this blog, we will explore in more detail how reporters approach potential news stories, and how they decide which way they are going to write about it. We will then use our newfound empathy for reporters to examine what we can reasonably expect from volcano news reporting, and to analyse how different types of volcanic activity are being reported.

3. What reporters think about when you tell them about volcanoes

Let’s put ourselves in the position of a news reporter who is presented with any volcano news pitch (unless there is a large eruption, this will most likely be a press release about a new publication, but it could also be a picturesque image circulating on social media). The checklist on the right is what our reporter will consider when we decide a) whether this story is newsworthy and b) if it is, how to frame the story.

As we can see, “amazing new science” is not amongst the top topics our audience cares about. Of course, audiences and their interests vary between publications, but the “science space” is usually occupied by medicine and biology due to their clear relation to people’s health.

Looking at the rest of the top topics of interest, we notice that volcanoes actually don’t do well in any of them – at least until the day a volcano erupts cash and tiny bunnies. Unless an eruption directly affects British citizens and/or territory, the only box that volcanoes can at least potentially tick is the “death” box. So, our reporter will most likely focus on this aspect, even if it is not remotely part of the story the researchers are trying to tell you.

Put bluntly: The stories researchers are telling are just not of enough public interest to hold their ground in the extremely competitive news space. 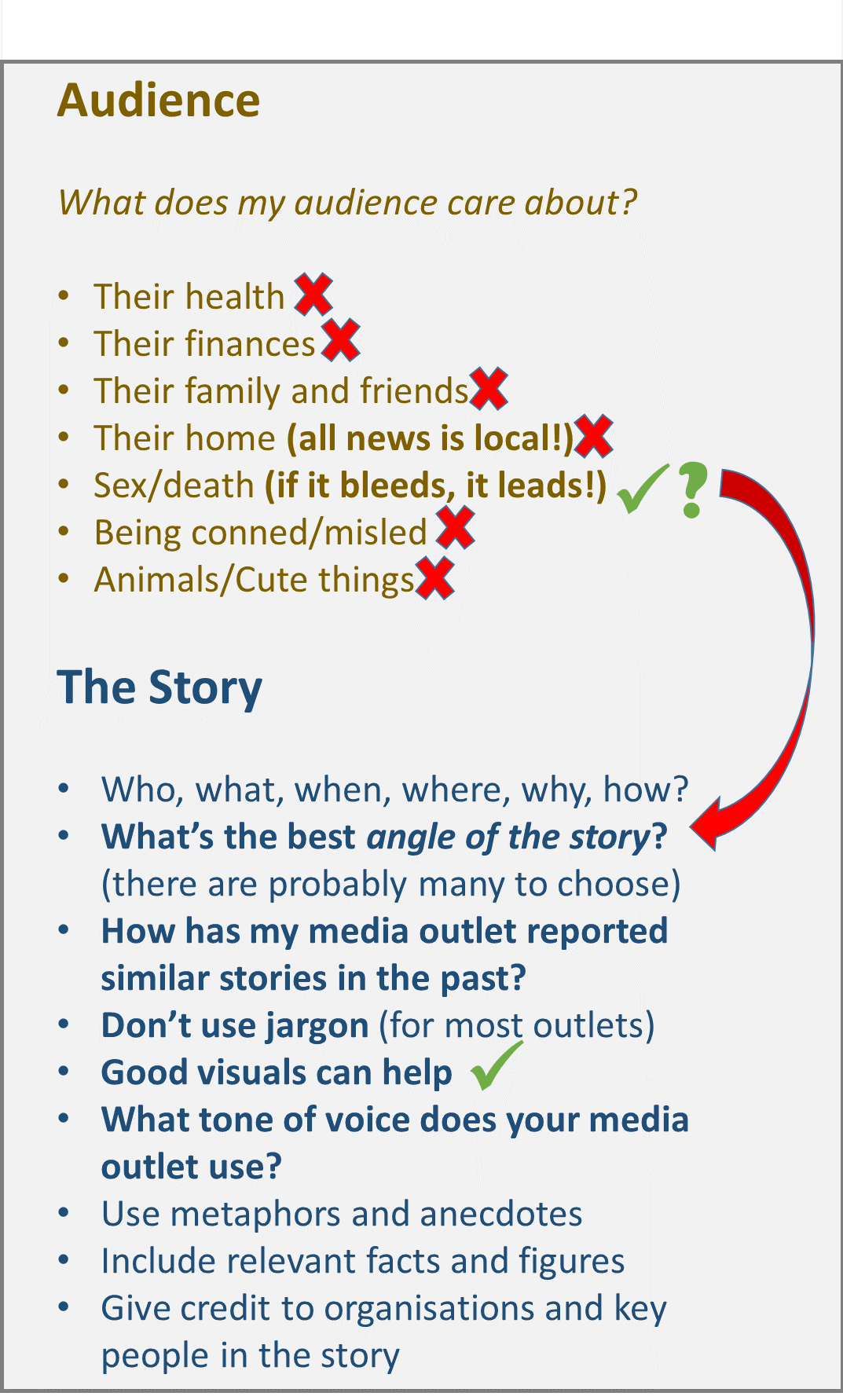 This brings us to the second part of the story: the angle. When our reporter decides whether a volcano story is newsworthy or not, it will most likely depend on how much they think they can push the “death” angle.  How blatantly this is eventually done depends on the newspaper our reporter is writing for (How has my media outlet reported similar stories in the past?; What tone of voice does your media outlet use?).

There is one possible exception here: Stunning images or videos, volcanoes’ wildcard. Usually just visual aids for a news story, these can become the story itself in the case of volcanoes. We will return to this in the next blog.

To really drive these points home, here is a complementary list of things our reporter won’t think or get excited about: 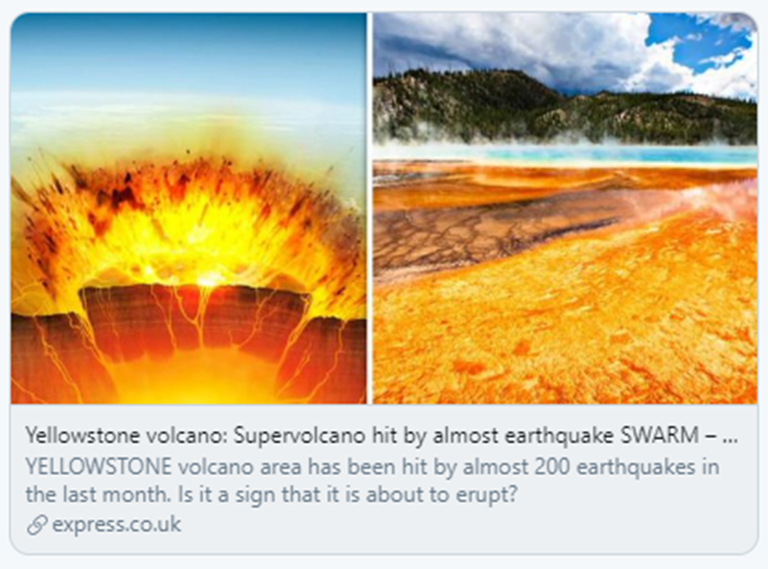 4. What can we reasonably expect from volcano news reporting?

Granted, this all sounds pretty horrific from a volcano-lovers point of view. But let’s not forget that our reporter is also just doing their job, and is exposed to much greater pressures at their workplace than most academics will ever experience. If our reporter were excited enough by our volcano science to actually write a nuanced news story conveying the complexity of volcanology and relevance of our research, then his editor would kill the story and tell our reporter to get their head on straight.

The news media is a cut-throat business and many newspapers are struggling to survive in the new digital world. This pressure is passed down to reporters. Newsworthiness of a story is measured by numbers of clicks, not scientific accuracy.

When we talk to a news reporter about our work, we therefore need to be aware that we are not talking to a fellow scientist or an interested family member. Instead, imagine the reporter as a (rhetorically skilled and influential) concerned citizen living in a village with an awakening volcano in the backyard. In fact, reporters should be just that: Agents for citizens, finding out what’s going on and letting people know!

The core questions our reporter will therefore be interested in are:

Secondary topics of interest might concern links to climate change or new forcasting techniques, though this is generally not “headline material” and will either just be a sidenote, or relevant to more in-depth articles off the news cycle. 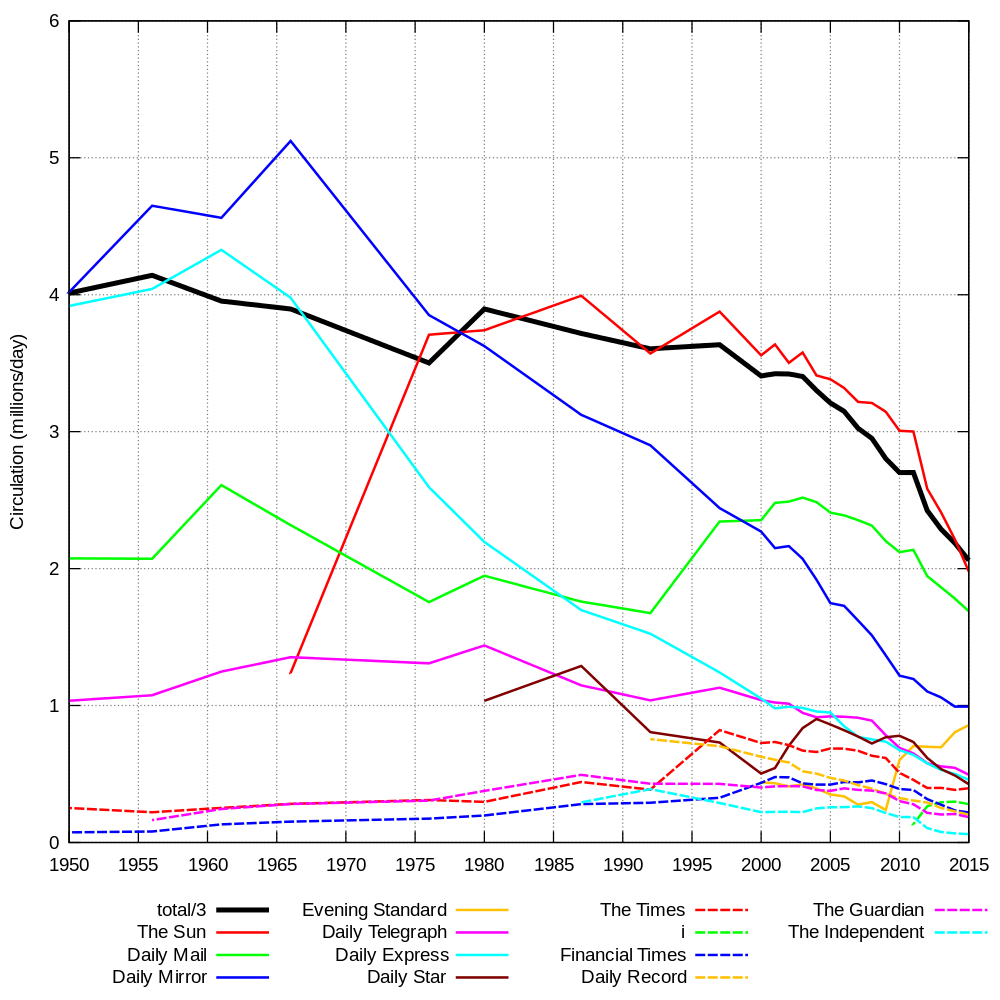 5. Types of volcanic activity and how they are being reported

The above statements might be a bit hyperbolic, but they do provide a good explanation as to why volcanoes are represented in the media the way there are. The mentioned “core questions” above help to understand news coverage on different types of volcano news and offer some guidance on how to deal with the media.

A. No activity, press release on new piece of research:

Some more serious newspapers may decide not to report on it, or simply regurgitate the press release without further research into the topic to save resources. This is because they (completely reasonably) don’t see a huge potential for catastrophe and therefore no particular newsworthiness. If the research is high-profile and/or controversial and/or promises increased forecasting capabilities and/or links to topics of general interest (climate change), it greatly increases the chance to get picked up – but any of those things are likely to be sidenotes in the doomsday news story.

If the media get interested, they will most definitely frame the research in the catastrophe context. More time and resources may be spent if editors greenlight the pitch, which means there may be interviews. Depending on the specific media outlet, the impending doomsday scenario will be pushed more or less graphically and urgently. Expect any of the quotes you may give to be bent out of shape to support this angle.

There are plenty of examples of research being reframed as evidence for impending disaster from across the media spectrum, for example the Time’s coverage of Evgenia Ilyianskaya et al.’s (2018) paper on Katla’s CO2 emissions, which sparked a loud rebuke by the scientific community; or the Independent’s report on Chris Kilburn et al.’s (2017) paper on unrest at Campi Flegrei. 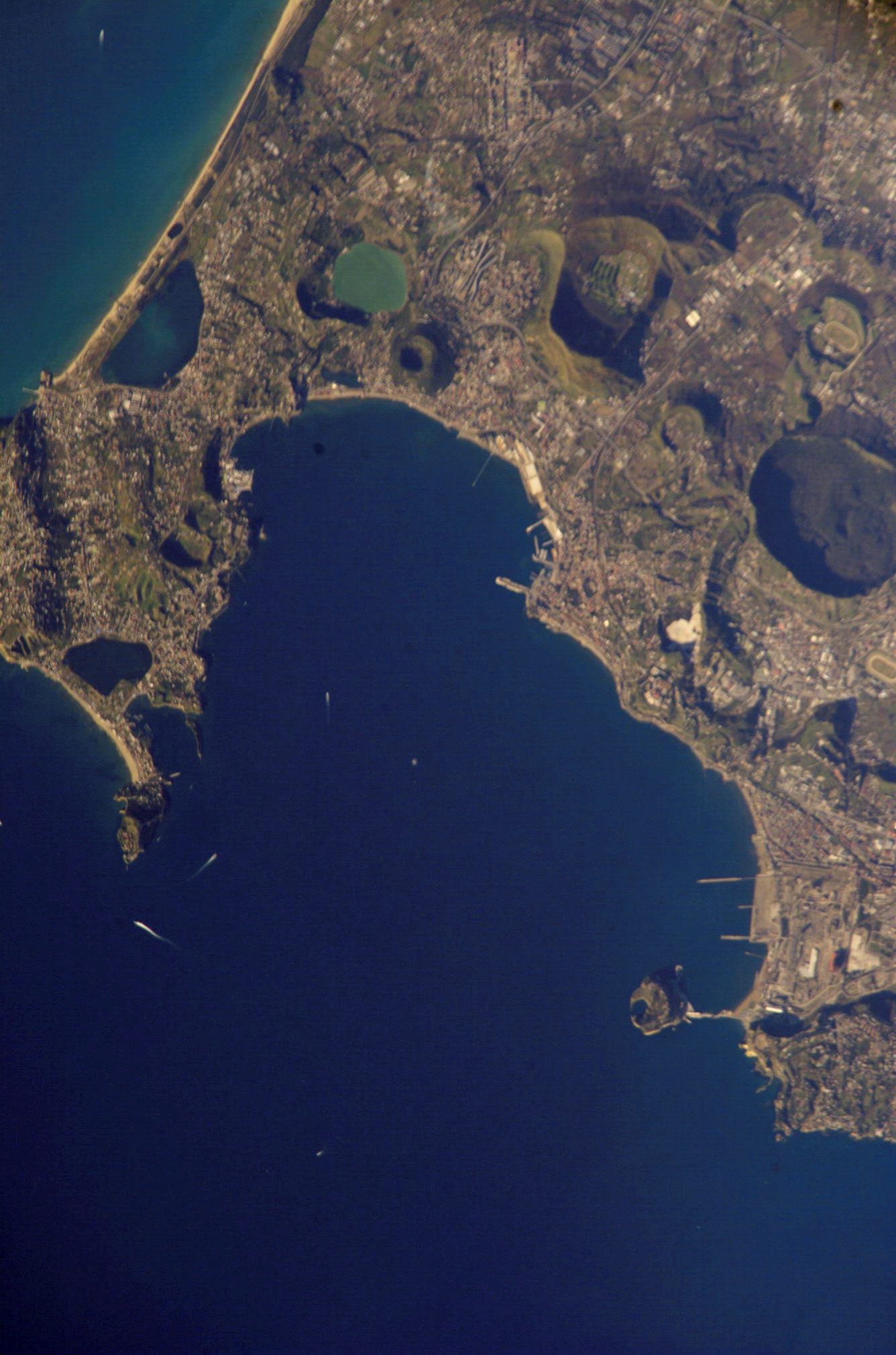 When volcanic activity escalates and casualties ensue, news media articles produce possibly the highest standard in volcano journalism – mainly because the doomsday scenario they need to sell the UK audience has actually manifested to some degree (remember: if it bleeds, it leads). This is also the time where the strong UK-based volcanology community will be most in demand. Good practice dictates that we refer to local observatories and authorities for first-hand information, but if they can, UK media want to speak to experts in the UK, even if that means that the info is (in many cases) less qualified (All news is local!). TV and radio-interviews will be relevant here, and this gives us the chance to make our voice heard unfiltered and unframed.

The two scenarios outlined here – no activity or disastrous eruption – are endmembers of potential volcanic activity, but they do not cover the wide spectrum of volcanic activity in between. In the next blog, we will take a look at volcanoes active in 2020 (erupting or in unrest), and compare their activity to related news coverage (or lack thereof). 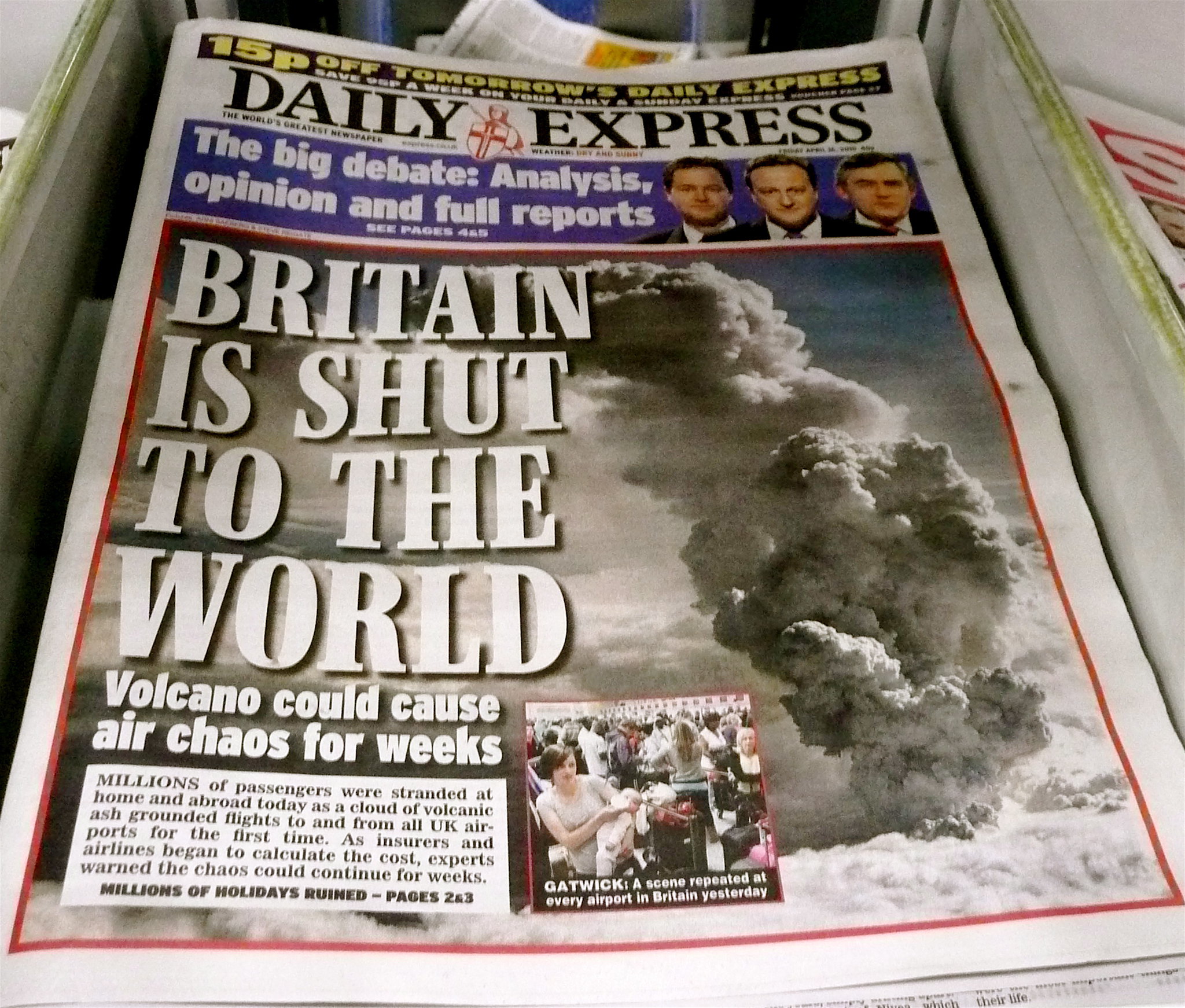