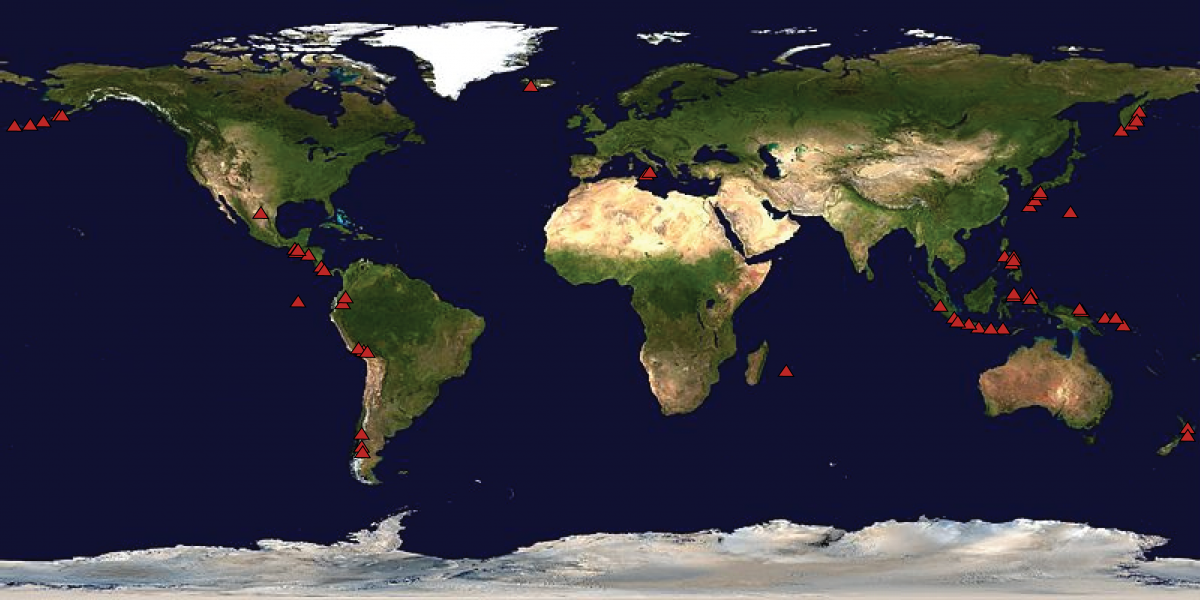 In the previous blog, we addressed media coverage of two endmember scenarios of volcanic activity – no eruption & cataclysmic activity. Here, we look at everything in between these endmembers, by studying volcanic activity in the first five months of 2020 and their news coverage.

Whether or not there is media coverage on volcanic unrest or eruptions depends on whether reporters find a spin to make it interesting to readers. An examination of global english-language news media reporting on active volcanoes in 2020 shows that most activity goes undetected by the global news radar:

In the first five months of 2020, the Smithsonian / USGS Weekly Volcanic Activity Report documented 60 volcanoes with new or ongoing unrest totalling 380 reports. The weekly reports only include volcanoes for which alert levels have been changed, warnings issued, or a significant change in volcanic activity observed – the list of volcanoes that erupted in 2020 is actually longer. From a volcanologists perspective however, a significant change in volcanic activity is what makes a volcano newsworthy. We therefore focus on the volcanoes reported in the weekly reports, and we test what the news media makes of our list of newsworthy volcanoes.

The 380 reports of new or ongoing volcanic activity in the Smithsonian/USGS weekly reports are contrasted by a total of 48 news-cycle mentions, including international news as well as english-language local media outlets. This means that just under 90% of volcanic activity goes unreported in the news media. What’s more, 13 of the volcano news articles do no actually correlate with any activity reports (i.e., any change in activity), which means that about 30% of news stories are decoupled from actual volcanic activity. Let’s have a closer look.

Table 1 shows active volcanoes in 2020, ongoing activity denoted in orange, “new” activity in red. Timing of media reports are indicated by letters A – X; representative articles are linked below. Only english language articles from major news outlets were considered; * denotes local outlets. (NB despites my best efforts I can’t guarantee I have found all news articles)

The table shows that most activity is not being reported internationally. A closer look at the content of the news stories allows us to identify the “triggers” for the activity making the news. Perhaps unsurprisingly, new activity was not the winner:

The key drivers for international coverage of ongoing volcanic activity are spectacular images or videos (13). These may show new volcanic activity (9), but more often such footage is derived from slightly-larger-than-background events producing incandescence, small explosions or plumes (10). Such events are common features of many volcanoes with long-lasting activity. They most often do not mark any departure from the general level of volcanic activity, which is why such news stories rarely coincide with actual warnings from local authorities (e.g., Popocatépetl has a moderately sized eruption every few months related to its dome-building and destruction cycles, which usually does not require a change in alert level). 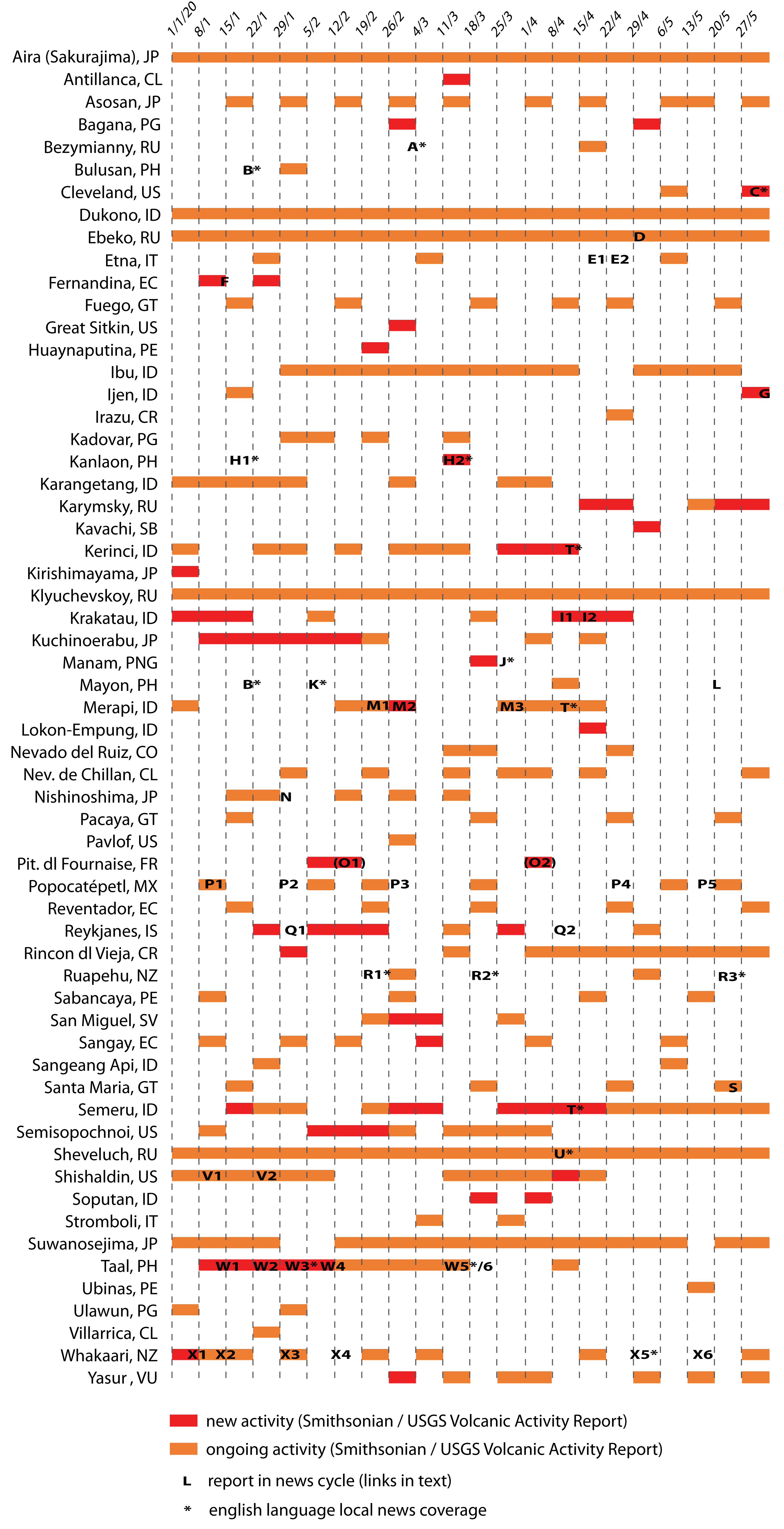 Volcano footage is usually satellite or webcam imagery, and is increasingly discovered on social media. Whether or not a volcano makes the news therefore often depends on the amount and quality of webcams monitoring it and the weather, rather than its actual variation in activity. For example, since a private company installed several HD webcams around Popocatépetl, its media presence – and reputation for extraterrestrial activity – has been boosted signifcantly.

The good news is: beautiful images of volcanoes can be enough to make the news – which shows that not all reporting has to conjure up doomsday narratives to make volcaones newsworthy.

The bad news: Certain news media tend to do it anyway. Volcano footage tends to come garnished with secondary content that varies from the conjuring of catastrophe and UFO sightings on webcams (tabloids) to more or less unbiased information on activity levels.

More bad news: News media tend to frame volcano images and videos as isolated events rather than as part of ongoing activity, failing to portray the reality of often long-lasting volcanic eruptions. I suspect this misrepresentation shapes the popular idea of “typical volcanic activity”. 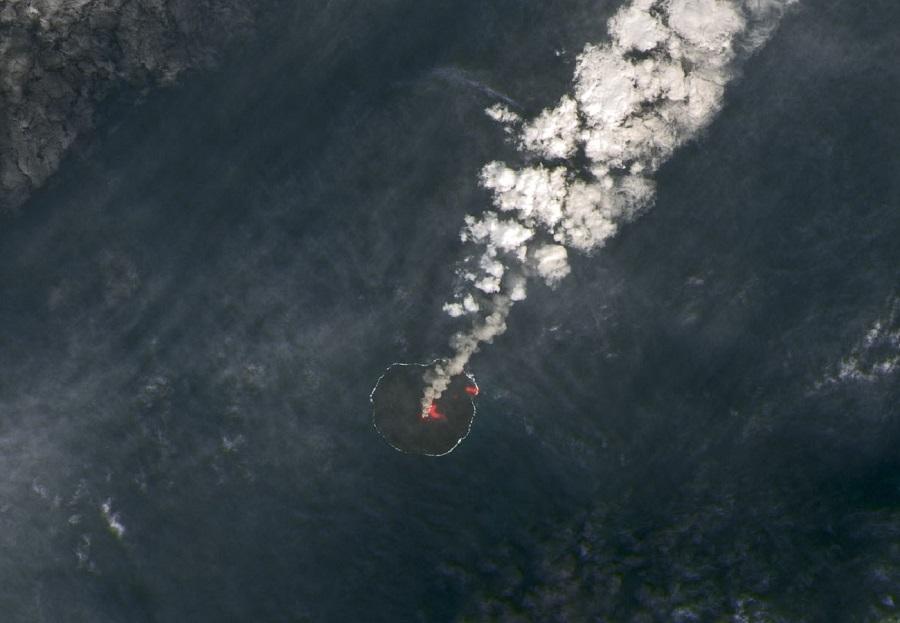 If there is no spectacular footage of the restless volcano in question, it might still end up in the news if there was recent activity that received media attention. For example, Philippine volcanoes Mayon and Bulusan got some coverage in relation to the Taal eruption, announcing that alert levels would be lowered. Similarly, Indonesian volcanoes Merapi, Kerinci and Semeru all got a boost in (local) coverage on the back of the Krakatau eruption in April. Both the Indonesian and Philippine examples are local news outlets which are much more dedicated to conveying genuine updates on the level of activity than internation media. (For comparison, the Daily Express used the activity of Merapi to run a tendentious article about the Ring of Fire insinuating some kind of volcano conspiracy to kill us all.)

The same mechanism can work even if a volcano is active in a completely different part of the world, though this requires a more impactful primary event to be lodged in people’s and the press’ memory. For example, unrest on the Reykjanes peninsula got coverage in the UK largely in the context of the Eyjafjallajökull eruption. Iceland has special agency in the UK due to the disruption prompted by the eruption of Eyajafjallajökull In 2010.

The Taal eruption was covered in great detail from the beginning – in part due to a similar reason: It unfolded just about two months after the Whakaari eruption, so international news media were still primed for volcanic catastrophe. The Taal activity was initially reported on the back of Whakaari 7 White Island. (Whakaari itself was still getting lots of attention in early 2020, however focus had shifted away from the volcano itself and focussed on the rising death toll and personal stories about victims).

Another core reason for the widespread coverage of the Taal eruption is more sensible: This was a profound volcanic crisis causing real concern amongst scientists about the potential for a larger eruption, and impacting large numbers of lives and livelihoods. 400,000 people were evacuated, Manila airport was closed, and 39 people are reported to have died whilst in the shelters (this last point went oddly unreported in Western media).

As the activity weaned, only local newspapers reported on reductions of the alert level – international media reported in concert with these reports, however they barely mentioned lowered alert levels and instead focussed relentlessly on the possibility of a huge eruption, including their own interpretation of ongoing seismic activity (impending doom). No international newspaper reported on the alert level being lowered to 1: such de-escalation is not attractive for news outlets unless they are local or with other stakes in the situation. 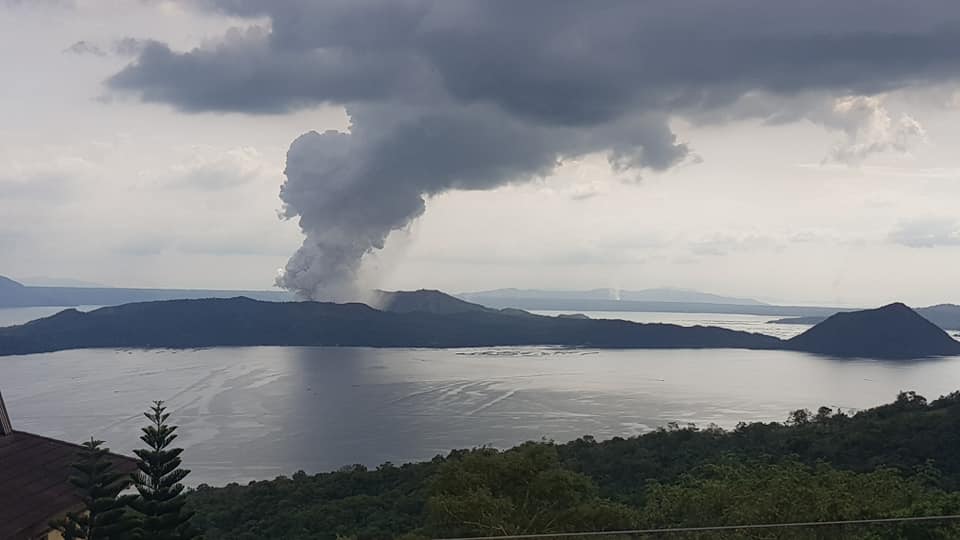 Analysis of 2020 volcano news coverage further shows that local news outlets are much less sensationalist in their reporting, and timing and content of their news is generally in sync with reports and warnings issued by observatories and other authorities. (Eight out of 11 news stories that were triggered by official warnings were published in local media outlets.) This is reassuring – after all, this is the local media’s main job.

Finally, a number of single news stories with somewhat unusual angles have emerged, ranging from science-adjacent news, to rumours on social media and a review of a café on Ruapehu.

Most of the studied articles are very brief and focus on footage. Only three of the articles feature original interviews; if there are quotes, they are usually derived from official statements of authorities and observatories and in most cases not framed all too sensationalistic. This is probably due to the fact that most stories featuring such quotes are published in regional rather than global media. In most cases, UK-based scientists won’t be directly involved in the crafting of these articles. However, some of the examined articles did derive content from social media, including quotes and pictures, most definitely without securing permission, so be aware of this when you tweet your opinions about ongoing activity.

The 2020 compilation shows that virtually all 60 active volcanoes are in a protracted state of unrest incompatible with the news cycle. As a result, whether or not a restless volcano makes international news is controlled by external factors (weather, webcams, recent volcanic activity, UFOs, general abundance of world news, …) rather than real fluctuations in activity, unless it escalates. Journalists might understand this fact, but the reality is that the modern rapid news cycle is not an adequate format to tell the story of a volcano in unrest.

Social media and longer articles are much more useful – more about this in the final blog! 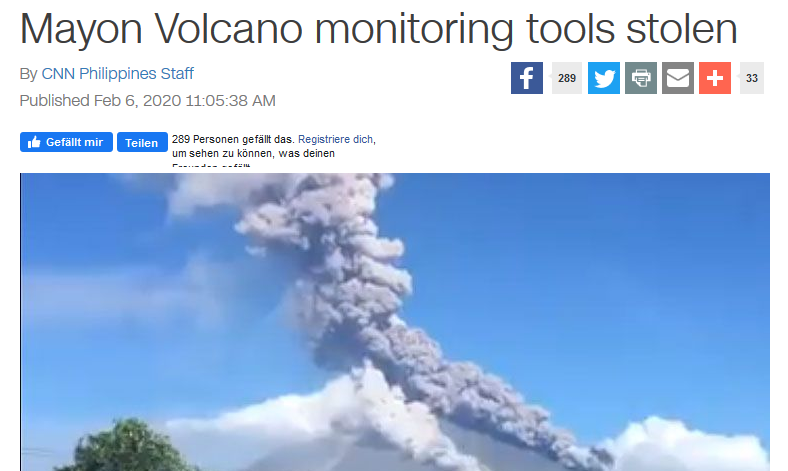